Music Composition And Sounddesign for
TV, Film And Games

At the heart of every great film or game lies a great story.

Music composition and sound design are there to help the story unfold – to help the viewer step over the boundaries of the visual realm and into the story itself. The soundtrack conveys both emotions and conflicts, often even before the audience is able to pick up the visual cues from the screen.

The awareness that is brought by music and sound lets you not only immerse yourself into new worlds, it instantly takes you to the place you see in front of your eyes. This can be done through a subtle underscore or a heroic fanfare going at full tilt.

A story-based approach to music and sound is therefore not centred on the score and sound design, but on the story itself.

Story-based approach to music and sound 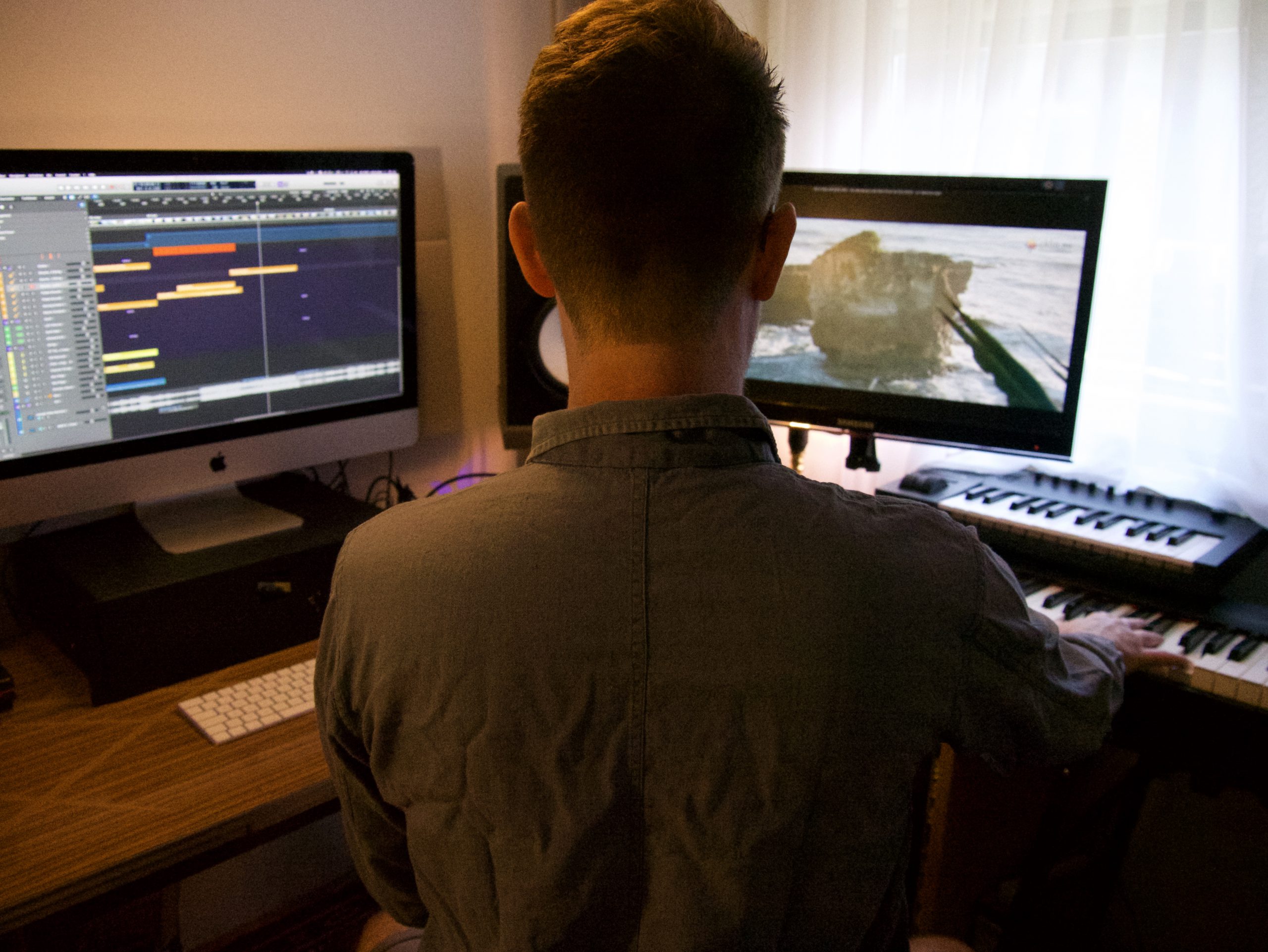 Achim Gössl is a composer and sound designer based in Würzburg, Germany.  He is currently working as a music producer, arranger and pianist on several TV feature films (e.g. German public service broadcasters ARD and ZDF) for award-winning composer Martina Eisenreich.

After completing his diploma in geography in 2012, Achim started working as a professional musician and keyboards/piano teacher. Since starting his career in the music industry, Achim has also worked as an in-house sound designer for one of Germany’s major casual games producers and has scored a wide variety of short films, documentaries, games, commercials and theatre music.

What i've been working on

We use cookies on our website to give you the most relevant experience by remembering your preferences and repeat visits. By clicking “Accept”, you consent to the use of ALL the cookies.
Cookie settingsACCEPT
Manage consent

This website uses cookies to improve your experience while you navigate through the website. Out of these, the cookies that are categorized as necessary are stored on your browser as they are essential for the working of basic functionalities of the website. We also use third-party cookies that help us analyze and understand how you use this website. These cookies will be stored in your browser only with your consent. You also have the option to opt-out of these cookies. But opting out of some of these cookies may affect your browsing experience.
Necessary Always Enabled
Necessary cookies are absolutely essential for the website to function properly. This category only includes cookies that ensures basic functionalities and security features of the website. These cookies do not store any personal information.
Non-necessary
Any cookies that may not be particularly necessary for the website to function and is used specifically to collect user personal data via analytics, ads, other embedded contents are termed as non-necessary cookies. It is mandatory to procure user consent prior to running these cookies on your website.
SAVE & ACCEPT
{{list.tracks[currentTrack].track_title}}
{{list.tracks[currentTrack].album_title}}
{{classes.skipBackward}}
{{classes.skipForward}}
{{this.mediaPlayer.getPlaybackRate()}}X
{{ currentTime }}
{{ totalTime }}